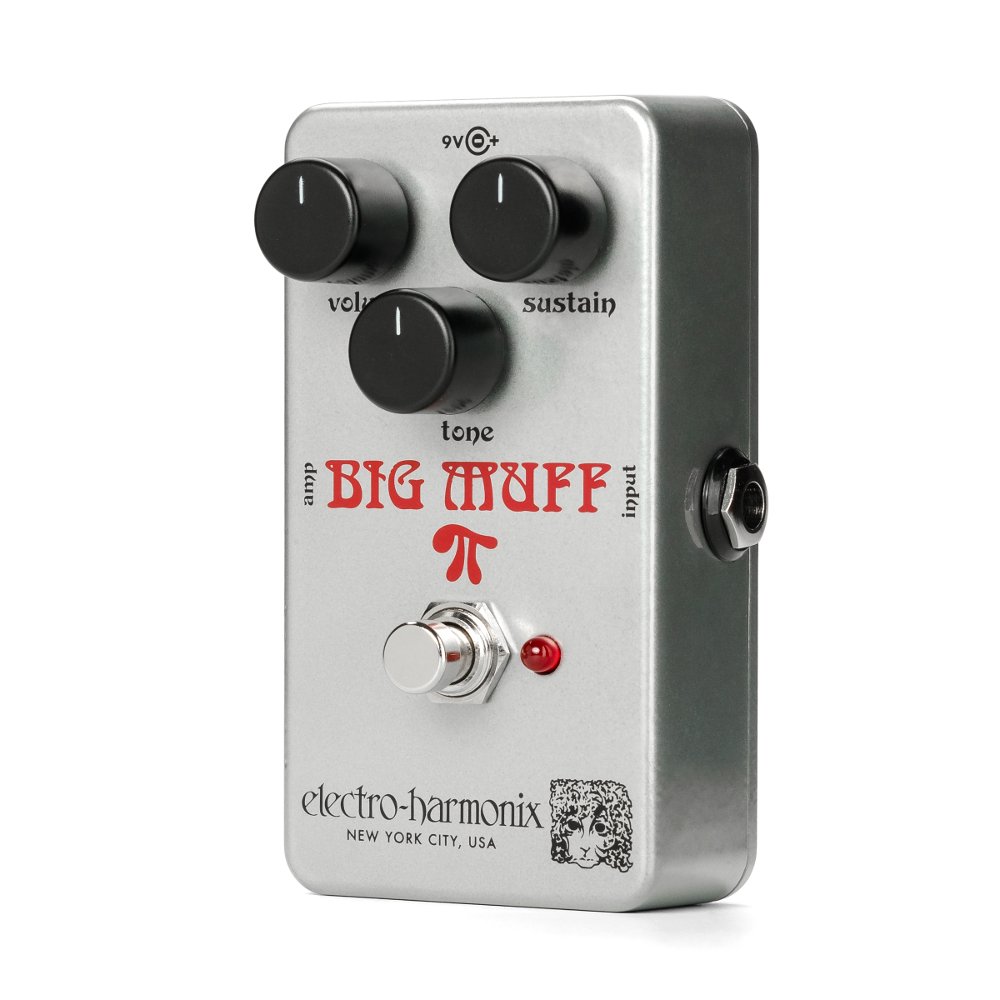 The Electro-Harmonix Ram’s Head Big Muff has found its way onto the pedalboards of influential guitarists since the early to mid-’70s. Sonically, it’s a touch more articulate than a lot of Big Muffs, with a string separation that sets it apart from others that share its lineage. The Ram’s Head Big Muff has been updated with the pedalboard-friendly additions of a 9-volt input for power and an LED status light. Vintage Ram’s Head Muffs fetch a pretty penny on the secondary market, and guitarists at Rockin' Robbie's are glad to have access to the classic V2 sound at a more reasonable price.

David Gilmour used it to great effect on solos in the ’70s, and self-professed Big Muff connoisseur J Mascis used a Ram’s Head Big Muff to carve out his unique sound in the ’90s. The smooth-yet-aggressive response makes solos sing and chords roar, and it has made the Ram’s Head Big Muff a staple since its inception.

Why is it called the “Ram’s Head”?

There have been a ton of Big Muffs over the years, and some of them have acquired nicknames among fuzz enthusiasts. For example, the Triangle Big Muff refers to the first production Big Muff and takes its name from the knob layout of the original. So why is this called the “Ram’s Head Big Muff”? Well, it comes down to that little logo in the corner. It can be debated how much like a ram it looks (or what it actually is, for that matter), but the curly-headed creature in the corner is indeed the namesake for this version of the Big Muff.