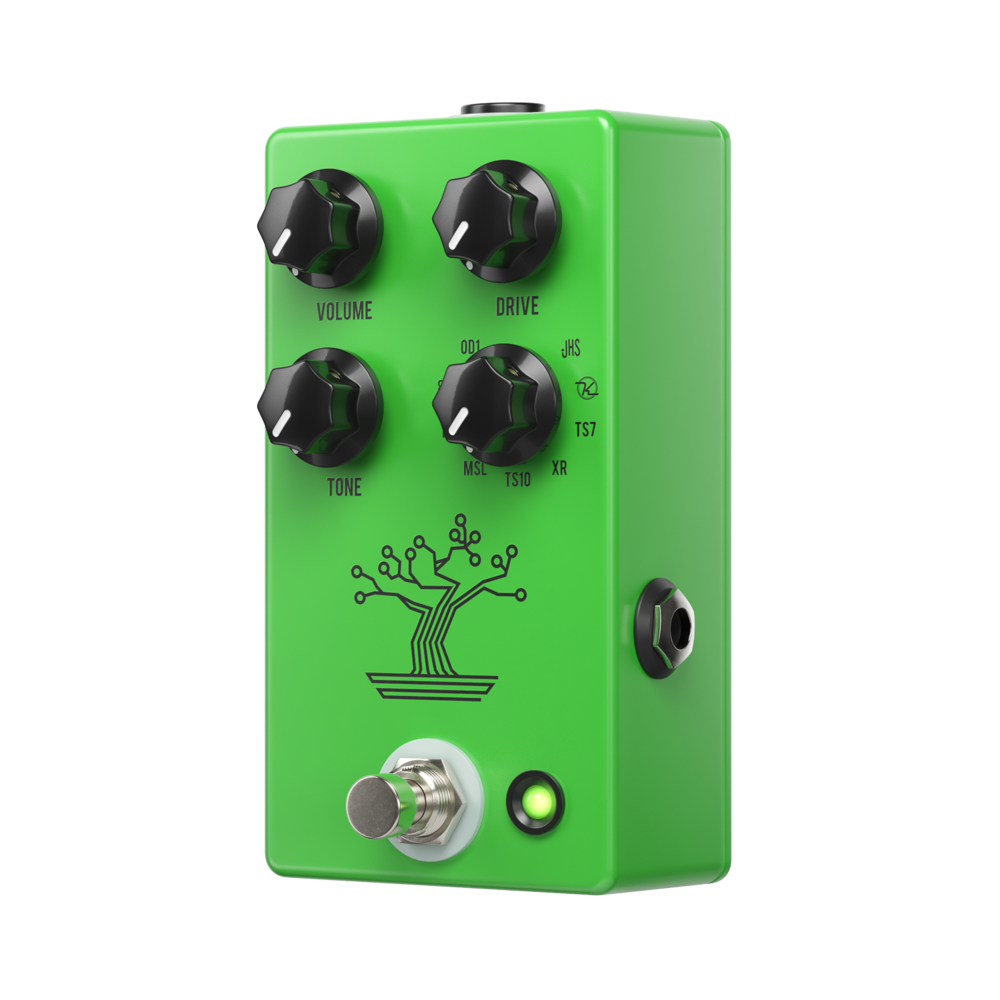 What the Muffuletta did for big fuzzes, the JHS Bonsai does for screaming green overdrives. Slap the Bonsai on your pedalboard and enjoy unhindered access to four decades' worth of pedals. There are nine different sonic textures to choose from. Want some classic mid-bump grind? It's in there. SRV-style dirty boost? Yep. Mayer-esque low-gain grit? You got it — and a whole lot more. The Bonsai isn't a modeler — it boasts the exact same components as the source units. So when you select a mode with the Bonsai's rotary control, your guitar signal actually passes through a replica of the original pedal's circuitry. With the Bonsai, you truly get nine overdrive pedals packed into one housing.

The Bonsai packs nine vintage and often hard-to-find versions of the definitive green overdrive into a single pedal. When he designed the Bonsai, JHS founder Josh Scott examined dozens of versions of this famous stompbox and authentically reproduced their circuits. He was meticulous, capturing every quirk of the original components using an Audio Precision analyzer. He even accounted for drift, as the original pedals were decades old, and their components had strayed from their original values. The result is a replication, not an emulation. When you plug into the Bonsai, you're playing through the exact same circuitry as the original pedals. No digital modeling is involved — it's pure analog all the way. At Rockin' Robbie's, we love the authentic vintage mojo that we get from the Bonsai.